Yes, it’s the last Saturday, but no, it’s not quite the apocalypse (though those of you who are in the UK might be feeling otherwise right now).

More importantly it’s the last Saturday before Cycle 28 launches on 9th March. Which means Dave and I have one last week to improve our standing on the leaderboard before it truly goes global. It’s been a wild ride full of ups, downs, early deaths, disappointment, elation, unlocked upgrades, flu, and a house move. If you’ve missed any of our previous Dev Shoot-Outs they’re all available on our YouTube page.

But the real question remains: who won the final Shoot-Out? Who can hold their head high as a pilot among pilots? And who will bear the shame of defeat for the rest of their cycles?

You’ll just have to watch to find out...

I also found time to sit down and explain the obsession I’ve had over the camera controller in Cycle 28. In a lot of ways I started designing the camera before I started the game, if you are interested in the behind the curtains of game development check out this video…

We also both sat down and recorded a bunch of ‘More Like This’ videos. One of them was lost to the video recording gods, but we did post a video of me playing Bit Blaster XL. Bit Blaster XL is a really interesting title which we have constantly been looking at for sources of inspiration, mainly from the way the game was marketed and produced. Listen to our thoughts below… 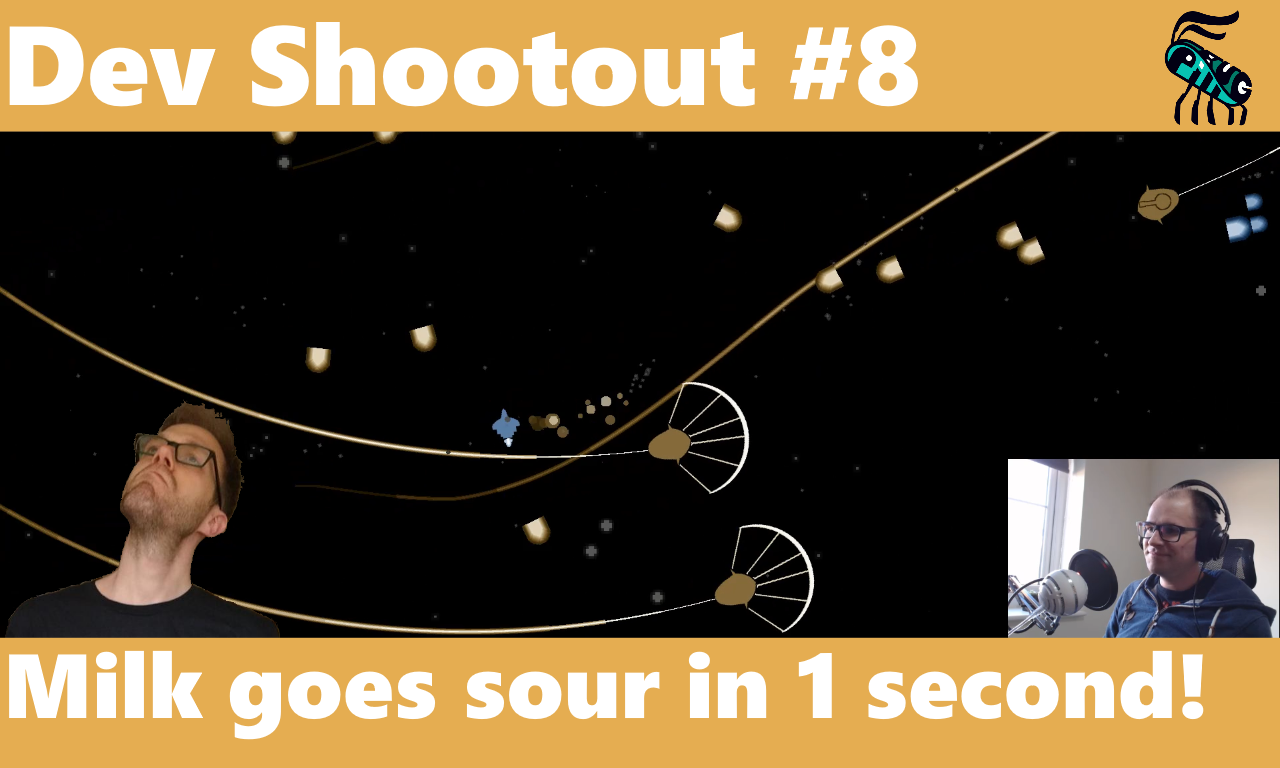 Classic arcade space combat game where you have six minutes to beat your high-score.