A downloadable game for Windows and Linux

Cycle 28 is a classic arcade space combat game where you have six minutes to beat your high-score. Simple controls, powerful upgrades, and intense dogfights. Perfect for when you just need to switch off and shoot something.

As Olivia Bergen – a flight lieutenant that has become separated from her fleet – you only know Cycle 27. You live it over, and over, and over again. And if that wasn’t bad enough, every time you drop from warp they are waiting for you.

You don’t know who they are or what they want. You just know you’re the only thing between them and home. So you get better, faster, stronger. Maybe one of these Cycle’s you’ll figure it out. Until then, you can only keep dying.

Kaleidoscopic space combat — Power slide your way between more bullets than any lesser pilot could handle. Nothing feels better than using your ship’s gun to propel you through enemy-infested space as you grip the trigger ever tighter.

Upgrades — Beat your personal high score in a run to unlock upgrades. With 45 possible configurations, customise your ship and master new tactics to live just a little longer.

Evolving story — Uncover the secrets of why you’re stuck in Cycle, why they’re hell-bent on destroying everything you love, and just who they really are.

“I can’t help but recommend it to anyone who’s looking for a healthy, arcade-style challenge.”

Check out our newest game

In order to download this game you must purchase it at or above the minimum price of $6.99 USD. Your purchase comes with a Steam key. You will get access to the following files:

Hi!  I can't wait to play but I was unable to get the Mac version to launch on a M1 Mac running Big Sur.  Has anyone got tips for getting it to work on one of the new macs?

I really enjoyed the game and included it in my second Hidden Gems Video. A like/subscribe would help me a ton to continue with this series <3

I'm playing Steam version.
I love this game, so cool! Fantastic music and great challenge. It keeps you pushing for a high score!

Controls suck. No one does asteroids controls in shmups anymore for a reason. Making your shots influence movement was an even worse idea.

Upgrades only occurring when you beat your high score means that the better you do the worse off you are.

No explanation as to where ally forces are coming from. They can't be other fighters because I was separated from the fleet according to the game description. Only until first upgrade you find out they're drones.

No clear goal to advance to. Existing plot and gameplay not enough to carry player to vague goal of "see what happens."

Damage system not clear. Smoking and beeping are not an acceptable substitute for a health bar, especially in a game in which how much health you have left is a deciding factor in how to approach an encounter.

tl;dr there isn't enough here to be fun.

Surprising little gem. Asteroids style space shooter that quickly throws you into the fray. Clean graphics, frantic action, challenging gameplay. The main draw is besting your own highscore, but as simple as it seems at first, the game actually throws some cute little touches at you in form of the way it tells its story and the upgrades you unlock. Fun game. Could use a bit more visual variety, but I really enjoyed this one even if the mechanics/difficulty might not be everyones cup of tea. 4/5

Thanks for your kind words Toma! It means a lot to us.

I have no idea what I'm supposed to be doing.  I can't leave the area.  There are no enemies (unless I start shooting first, but why would I?).  I guess I can keep waiting?

For some reason, whenever I take enough damage, my ship keeps drifting while smoking forever, and I can't do anything else. Not even the esc key works. Don't know what to do.

this happened to me as well! Bummer bc it looked very fun.

Yep, the Linux build I tried seems to do this as well. I let the clock run out to see what would happen, but it just kept counting into negative seconds, negative minutes. I want to like it, but it's pretty trashy, even by games biz standards.

I played this on Steam. Very cool, but I never figured out how to win it. 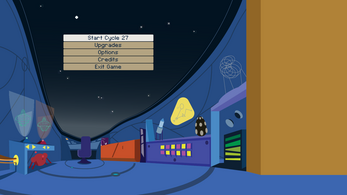 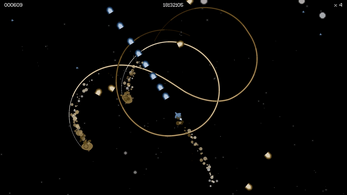 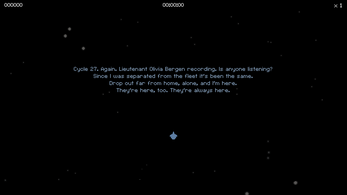 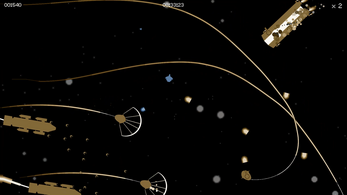 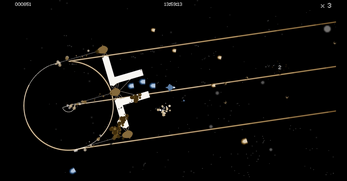 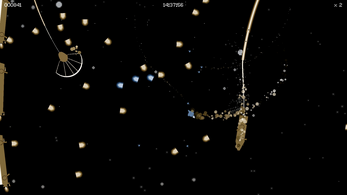 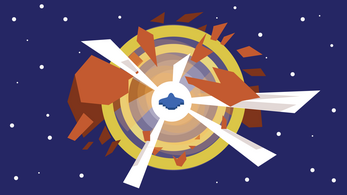 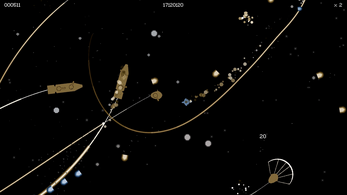