I'm super excited about todays update - update number 6 which we anticipate to be the last major update before we release version 1.0! Thanks for everyone who continues to support us through early access.

If you haven't picked the game up yet now is a great time to join us by buying the game. If you do it here on itchio you'll get a DRM free version plus a Steam Key to access the workshop content!

Drones: For a while we've been thinking about adding more active hazards and enemies to the game and this patch sees that thinking take shape with drones. These are flying vehicles which will chase your vehicle and drop all sorts of nasty stuff on you. But don't worry, simply grab the cake ingredient they are carrying to send them spinning out of control! 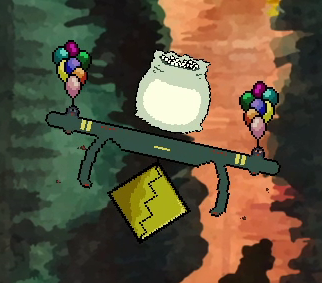 Smoke grenade: With the drones we've added some toys for them to drop onto you. The first of which is a simple smoke grenade which you'll start seeing towards the end of Act 1. It's hard keeping those sails up when you can't see them eh?

Act 3: With Update 6 comes Act 3! Lots of new objectives and some new mechanics on the map screen itself. We have not finished the story yet, or the final boss fight - but we wanted you all to have a play with the new mechanics and see what you think...

Motherships: One of the Act 3 objectives is the mothership leg. Be prepared for motherships as big as your own vehicle trying to slow you down. To destroy them you'll have to jump inside and explore to find all the cake ingredients.

Harpoon Guns: How do the motherships slow you down? Well they fire flipping harpoons at you that's how!! Also watch out for harpoon drones... 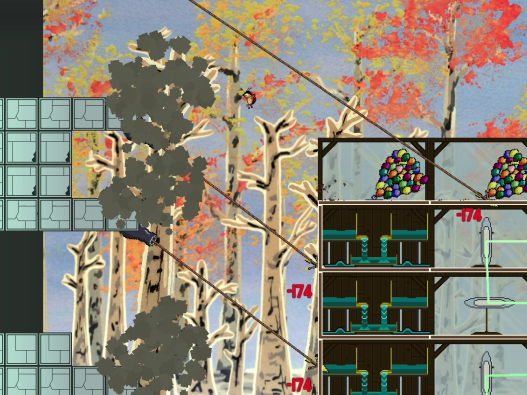 Teleport grenade: In Act 3 everything is getting a little sci-fi - which you would have noticed from the panels we introduced in the lasers update. The teleport grenades dropped from drones are using some super high tech ... tech to mess with your vehicle. When they explode they will shuffle the panels around in your vehicle - so get ready to adapt and rebuild on the fly!

Workshop Support: We added workshop support which you'll be able to access by activating your steam key...  This is something the community has been asking for and I've been figuring out how to do for months and months. In the blueprint screen you can click save/load designs (another new feature) and you can save designs and upload them to the workshop. Anything you have subscribed to will then automatically be downloaded and you can load them from there. The game automatically creates a thumbnail and tags your vehicles for you, but you can edit everything on the workshop itself from within the steam client. Have a play, let us know what you think. I'm so excited to start downloading your vehicle designs!

Improvements and Other Changes

Get Making it Home

You’re a ladybug with family issues building a vehicle to get home.